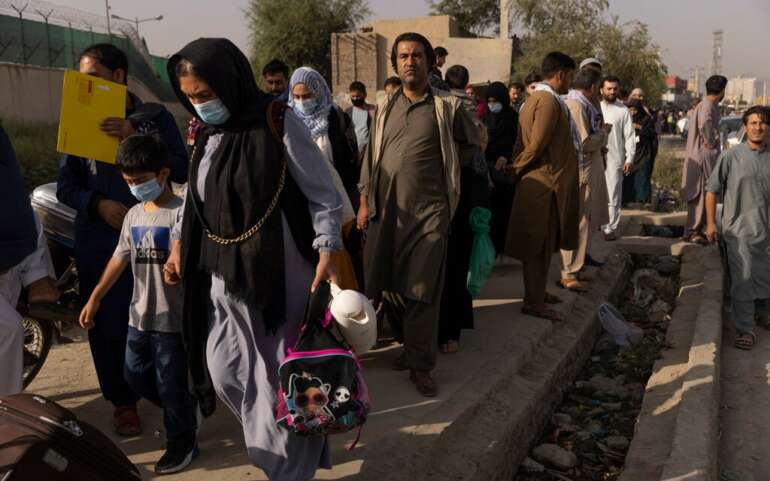 WASHINGTON — A sluggish State Department response to the Taliban’s rapid takeover of Kabul, Afghanistan’s capital, has stranded thousands of Afghans who helped the United States and are now clamoring to be evacuated as they wait for their immigration visas to be approved, two U.S. officials said.
As many as 6,000 people — including former interpreters and cultural and political advisers — were on standby to be flown out of Kabul’s airport late on Thursday night or early Friday alone, after a days-long pause in the processing of visas for Afghans who had worked for the American military or embassy during the 20-year war, the State Department said.
Thousands more are expected to be vetted and evacuated on a daily basis after a small influx of consular officers and other diplomats — including the former ambassador to Afghanistan, John R. Bass — arrived in Kabul on Thursday to speed the visa processing. Diplomats are also deploying to Qatar and Kuwait, where U.S. military bases will serve as way stations for people arriving from Afghanistan as they search for a final destination.
“This is an operation that will continue at as fast a clip as we can possibly manage,” Ned Price, a State Department spokesman, told reporters on Thursday. He said American officials were continuously alerting Afghans who had been cleared to fly, including more than 800 on Wednesday night.
“Our hope is that tomorrow we’ll be able to process even more,” Mr. Price said. “But ultimately, the metric we care about most is how many people we are able to repatriate here to the United States, or bring to third countries. That is our goal.”
The U.S. military is only evacuating Afghans who have completed what Mr. Price called “a certain stage of the security-vetting procedure.” He would not provide details of the process, but another official said security checks were continuing even as Afghans were being flown to safety.
But two other U.S. officials described growing impatience across the Biden administration with the State Department’s inability to process visas more quickly, as thousands of Afghans who had already risked their lives to ally with the United States waited fearfully outside the gate of the international airport in Kabul.
One of the officials described how challenging it was to ensure that those who helped the United States could reach the airport safely with other Afghans also trying to evacuate and the Taliban operating checkpoints across the capital.

The Washington Post: After the Taliban seized their school, Afghanistan’s all-female orchestra tried to flee. Only some escaped.