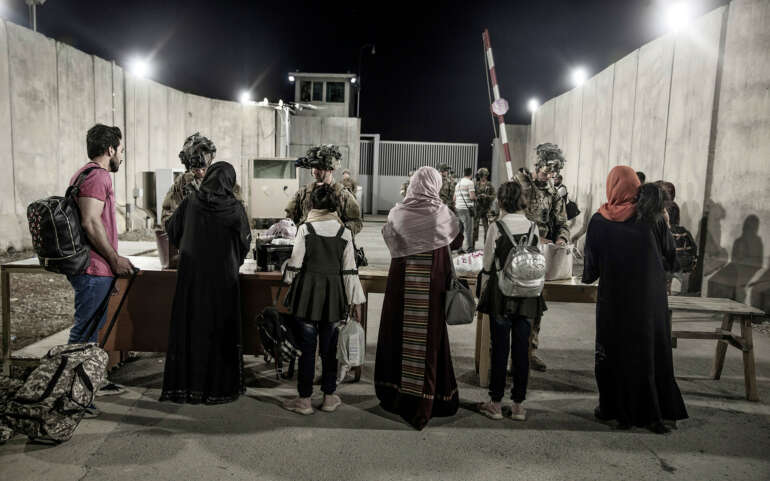 It is the stuff of horror, heartache and helplessness: Afghan girls who have devoted their entire lives to making melodies have not only been silenced amid the Taliban takeover — they have been barred from entering the US military-run airport in Kabul.
Now, the clock has run out.

“We had seven buses filled with world-renowned orchestra performers — 280 girls all approved to go,” said Robert Stryk, a Washington fixer who has been coordinating private evacuation efforts in conjunction with former Navy SEAL and US Congressman Scott Taylor (R-Va.).

“Our hearts are broken,” he added. “These young girls spent 17 hours on a hot bus with no food or water and were 393 feet from freedom but were denied entry into the airport because the United States government gave [the Taliban] the power to override the US Army’s 82nd Airborne.
It could have been a slim success story in the frantic end to the two-decade conflict, but it morphed into the fall of a dark curtain when the performers belonging to the Afghanistan National Institute of Music were left to languish ahead of the final civilian evacuation efforts over the weekend.
According to Stryk and Taylor, the buses were sent to three different airport gates. The group honored a request from the US government to add seven US citizens to the busload — and were finally told to wait in line for “final approval from the Taliban.”

“The bird was right there on the tarmac waiting for them, this was an operation we had been playing for days, and everyone at the highest levels of government knew about it. These are girls whose school had already been ransacked, and the US military approved their departure,” Taylor lamented, stressing that he exhausted all his political contacts and leverage in the final fight for the girls’ freedom.