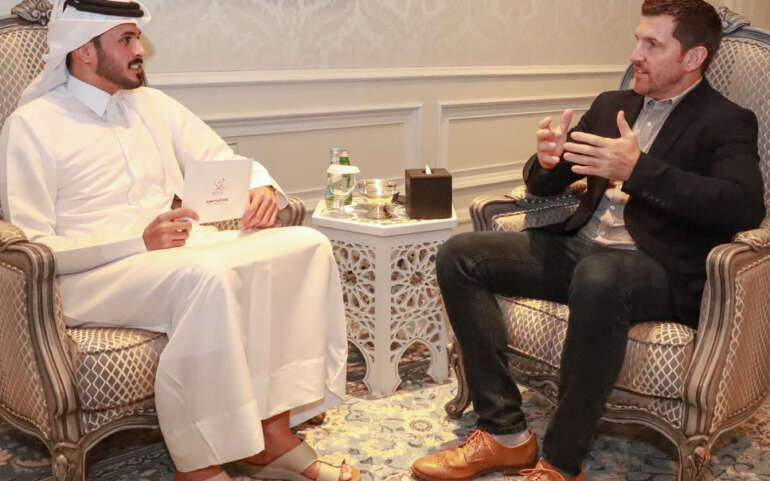 Doha: President of the US-Qatar Business Council (USQBC) Scott Taylor praised the vision of the wise leadership of the Amir H H Sheikh Tamim bin Hamad Al Thani that is driving the country towards more progress and prosperity, cementing its status in the global economy and on the international stage.

Speaking to QNA during his visit to Qatar, Taylor said: “I met H H the Amir a few years, I think it was 2018, and I was immediately impressed. I was immediately impressed by his energy, by his optimism for this country, for his clear vision to make Qatar thrive on the world stage,” adding that all senior officials he spoke to “had the same contagious optimism for the future of this country, which was fantastic.” He noted that the participation of the Amir in the 77th session of the UN General Assembly comes at a time when Qatar is at the height of its success in the international arena and that the country will look to spread a message of peace and hope to the world.

Taylor noted that this year’s General Assembly will be held at a time “with disruption and dislocation in the world when you talk about the war in Ukraine, and of course, Qatar has the answer to the energy crisis in many ways with LNG”.

On Qatar-US ties, he stressed that it is now better than it’s ever been since establishing diplomatic relations 50 years ago.

On the role of the US-Qatar Business Council, he said it was established in 1996 to enhance bilateral relations in the economic and trade fields. He added that the council has a vision for enhancing ties, especially given the economic growth in Qatar and the country’s future vision.

To continue reading this article in The Peninsula, click here.